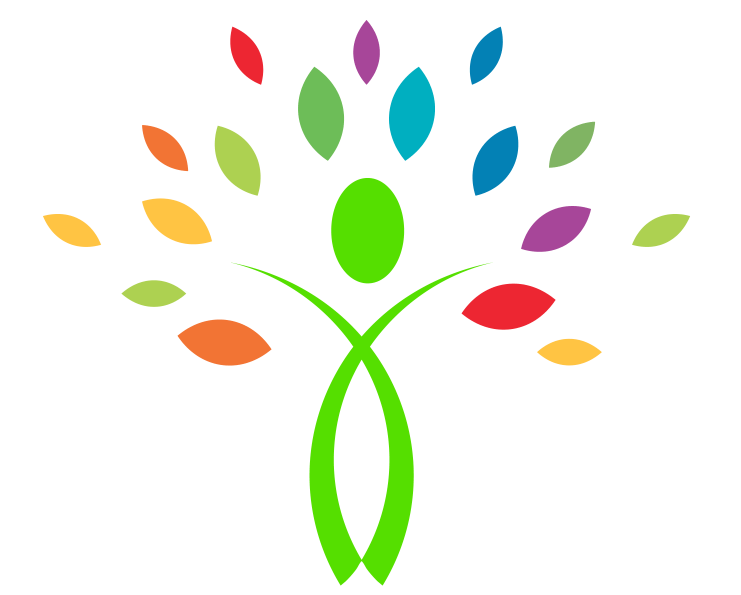 One thing Clinical  Medical and Cognitive Hypnotherapy have in common is the fact that they use hypnosis for therapeutic purposes.

Hypnosis is a state of highly focused attention sometimes referred to as trance in which external stimuli are paid less attention to and suggestion becomes far more effective than usual.

Cognitive methods can be applied to both clinical and medical hypnosis and are based on Cognitive Behavioral psychotherapy. Cognitive Hypnotherapy has quite a different approach to more traditional forms of Hypnotherapy in that it is more interactive (not based on scripts) and combines cognitive behavioural therapy and hypnosis with theories based on modern neuroscience such as Evolutionary Psychology, Positive Psychology, Cognitive Theory and Neuro-Linguistic Programming (NLP) .

When we add the Holistic approach to Cognitive Clinical and Medical hypnotherapy we encompass a variety of  techniques and methods into a modern structured framework which offers a wider outlook and therefore can achieve results in a reduced period of time.

Traditional hypnotherapy, more often than not, involves the therapist reading a script to their client while in a state of trance. This can sometimes be very successful, providing that the script fits that client. But the  “one size fits all” approach can be counterproductive and more often than not results in the client developing  resistance to suggestions. This could potentially render that whole therapy useless due to the rapport between client and therapist breaking down.

Cognitive Behavioral Therapy (CBT) on the other hand, seeks to help the patient overcome difficulties by identifying and changing dysfunctional thinking, behavior, and emotional responses.Treatment is based on a collaboration between therapist and patient where the latter’s assumptions are identified and tested and unquestioned distorted and unrealistic  thoughts are challenged.  Once those thoughts have been challenged, one’s feelings about the subject matter of those thoughts are more easily subject to change.

The most significant recent development in medical hypnosis is the understanding that the power of hypnosis actually resides in the patient and not in the doctor. This simple statement has profound implications because it implies existence of useful potential within each patient.

The goal of modern medical hypnosis is to help patients use this unconscious potential – a revolutionary shift from the direction-focused, authoritarian therapeutic techniques of the past.

Historically, medical hypnosis was identified with surgical anesthesia and with removal of symptoms.  From this interpretation – one in which hypnosis commands away the symptom – the definition has evolved to a subtler form that more effectively brings basic, long-lasting change.
Dr Milton Erickson–physician, psychotherapist, teacher, and arguably the consummate medical hypnotherapist of the 20th century believed that the effective hypnotherapist only activates and further develops what is already within the patient instead of trying to impose from the outside an element that might be unacceptable for that individual’s personality.

Medical hypnosis can be used for effective pain management, preparation for surgery, childbirth training as well as helping people in the healing process during aggressive cancer treatments such as chemotherapy. It also can be effectively used in the treatment of dermatological disorders, psychosomatic conditions, autoimmune diseases, neurological and ophthalmological conditions, sleep disorders, burns and emergencies, sexual dysfunctions and other medical conditions such as Irritable Bowel Syndrome, Asthma, Tinnitus and Chronic Urinary Retention.

Clinical Hypnotherapy is a process whereby a client is introduced to the state of trance  by means of an Induction followed by suggestions and other therapeutic methods. This technique  enables changes in perception thereby giving the client the capacity to control many physiologic functions that are usually involuntary.

The induction uses methods such as guided relaxation, intense concentration, and focused attention to achieve the heightened state of awareness called trance.

When using hypnosis, one person (the subject) is guided by another (the hypnotist) to respond to suggestions for changes in subjective experience, alterations in perception, sensation, emotion, thought or behavior.

Clients can also learn self-hypnosis, which is the act of administering hypnotic procedures on one’s own.
Details of hypnotic procedures and suggestions will differ depending on the goals of the practitioner and the purposes of the therapy. Procedures traditionally involve a variety of methods which are described in more detail here.

Christine Frayling-Kelly
10:46 19 Jul 18
I consulted Elisa about my fear of flying. Very impressed by her thorough preparation (questionnaire followed by an exploratory discussion) after which she took a much more holistic approach. Elisa provided me with a range of tools to choose from in order to deal with problems in a variety of situations. We had four hypnotherapy sessions which were recorded for practice at home. That was and still is particularly helpful. - There is a lot to take in at first and quite a commitment to practice regularly but the effort is well worth it. - I highly recommend Elisa. She is insightful, experienced, intelligent, professional and generally a person I felt I could thoroughly trust. I did fly and reckon I have moved on from a phobic to a nervous flyer.read more

K P
08:01 04 Sep 18
Elisa taught me what years of psychotherapy did not -- she taught me how to understand my anxiety and retrain my thought patterns. We worked together for a month and I made consistent breakthroughs during that month to overcome my anxious thoughts. I am now confident in myself that I can control my anxiety, thanks to Elisa's therapy. She recorded every session so I have her recordings on my phone whenever I need them. That's extremely valuable! I highly recommend booking a session with Elisa if you are struggling with anxiety and panic disorder but feel completely lost.read more

Dora Anderson
15:49 03 Sep 18
I was always interested in hypnotherapy but I was not sure it was going to work on me. So, when I had a sudden onset of fear of flying, I thought I'd give it a try. With Eliza's help I made real progress after only 4 appointments! If you're dealing with something similar then I definitely recommend you see Eliza. She will teach you ways to calm your mind and get over your fear.read more

Kevin Casson
17:34 11 Jul 18
Wow, i am so glad that i chose Elisa to help me with several personal issues. I was surprised how well and quickly the hypnotherapy worked which goes to show how gifted Elisa is. I would have no hesitation in recommending Elisa's services, if you are thinking about it, rest assured you will be made to feel at ease while Elisa helps you along the path of self improvement.read more

Calum Neill
19:24 09 Jun 18
I was fortunate enough to have a series of hypnocoaching sessions with Elisa over the course of the last six months, which were enjoyable and incredibly enlightening! There were so many positive aspects to the coaching it’s difficult to know where to start….Firstly, the depth of experience Elisa brought to our sessions was palpable and it was evident at all times that she was drawing on various techniques and previous experiences to specifically meet my needs and bring new clarity to my life and work. I was also particularly impressed by the way in which she helped me to stick to a focus while simultaneously listening to and responding to my specific situation and changing requirements. I felt that Elisa struck the right balance between offering guidance and encouraging thoughtful reflection. Finally, and most importantly for any kind of coaching, I felt that Elisa was warm and caring, in addition to being a very professional individual and I found that this truly aided my journey. I really feel that through Elisa’s coaching I have made many valuable self discoveries that will help me go much further towards my goals and would wholeheartedly recommend her to those seeking a coach or hypnocoach.read more

Tom Hawkes
15:59 20 May 18
I've noticed I am calmer around authority figures and more comfortable. Also I've found I'm less critical of myself and more willing to work hard without fear of failure. And I'm happy to have made these changes just before my last year of uni when things will be hotting up.read more

Annmarie Jamieson
14:23 02 Dec 18
Elisa is a skilled hypnotherapist who has the ability to help her clients focus on what’s limiting them and to move forward in their lives.read more

Anna
17:39 16 Jan 19
These sessions showed me the underlying issues that I had. Elisa made me feel normal and understood.

Emma Bathgate
21:25 29 Mar 19
Elisa could not have been more helpful. I approached her when I was at the end of my tether with anxiety while driving. In just a few sessions, I was much more confident - taking on motorways, exxploring new places and even driving in Edinburgh city centre! The mix of coaching and hypnosis is really effective, and Elisa has such a friendly yet professional manner. Would recommend.read more

Claire Wolstencroft
13:03 29 Jul 19
One of the best decisions I have ever made was choosing to go to Elisa for hypnotherapy. I went to Elisa earlier this year to help with public speaking and some general self esteem issues. Within 4 sessions these problems had mostly vanished. This experience has truly helped change my mindset and as a result i feel better equipped to deal with various challenges in the future. As long as you are willing to be honest with yourself and put in the commitment to following her advice, I believe anyone can see huge results with her methods. I can't recommend her enough.read more

Sarah Robertson
10:30 05 Sep 19
I really enjoyed my sessions with Elisa and found her to be incredibly warm, caring, thoughtful and understanding. We worked together to help me prepare for a future pregnancy after experiencing five consecutive losses. Within one session I felt I was able to let go of the blocks associated with one particular loss, and in subsequent sessions more complicated emotions such as fear, guilt and shame started to lift. Each week I stuck with the homework, which was an important part of the healing process, and in the sessions I was open and honest. I’m so grateful to Elisa for helping me shift to a much better place emotionally, mentally and physically, and I now feel safe in the knowledge that no matter what happens in the future I'll be okay. I'd happily recommend Elisa to family and friends.read more

Iain Christie
19:02 11 Sep 19
Elisa has a vast amount of knowledge and experience and is able to translate that into developing insight and resolution of issues. She was able to help me change me way of thinking for a healthier outlookread more

GREGOR ROBERTSON
23:22 29 Sep 19
Elisa was brilliant. Very easy to talk to. You helped me alot. Thank you

Alex Marten
11:24 26 Nov 19
I'd had hypnotherapy to stop smoking before, but kept relapsing so wanted to try something different. Elisa was brilliant; I found her approach to be much better to previous treatments I've had in that she really tried to understand my relationship with smoking on both a positive and negative level. She then used this knowledge to tailor the hypnosis to me personally. By the end of the session, I found myself literally jumping with joy at the thought of giving up smoking, and I honestly can't imagine myself ever starting again. Highly recommended :-)read more

David Inglis
10:40 18 Dec 19
My son and I both pick and chew our finger nails. I've tried to stop for 20 years with marginal success. My son's nails were disappearing. I've delayed writing this review because I can hardly believe the results, and I felt like we would eventually regress. It has now been 4 months, and we are both doing great. We've stopped destroying our nails. Elisa was great. super professional, but also friendly.read more
See All Reviews Write a review

The 6 Fundamental Mind Hacks for Achieving Success
What helps with public speaking anxiety?

Please log in again. The login page will open in a new tab. After logging in you can close it and return to this page.